Starting from the synopsis provided by MNSTR agency we went on to develop the full script and build a story brimming with adventure, magic, action and football. We worked with director 2veinte, a new addition to BOL’s roster, to create a dynamic short film in anime style with a challenging length and a quick turnaround. Our focus was on the Parisian suburbs, aiming to inspire team fans to play hard, support fair play and dream big – someday, they might even be the ones playing next to their idols on the Santiago Bernabeu!

The narrative was based on a mystery solving structure: our three main characters go through a magical journey into a parallel universe, trying to solve the mystery of their football rivals’ disappearance. The key elements connecting the two worlds? The three Real Madrid jerseys, each of them representing the past, the present and the future.

We see them hanging in the magical Barbershop, the chosen place to act as a portal between the two universes, as this ordinary gathering place for local football fans becomes the setting for an extraordinary story.

What follows is an epic adventure where our main characters have to overcome their worst fears, empowered by their strong beliefs and the magic contained within the new Real Madrid jerseys. They end up at the Santiago Bernabeu, in a different dimension, wearing the “future” jerseys and discovering that – at least in this world – they can pull some pretty crazy football plays. Which turns out to be very helpful, as they face three anti-fair play monsters in a crucial football game, while the whole world – including some Adidas talents – is watching.

Story wise, we wanted our main character to overcome a recent failure that made her feel insecure after letting her teammates down – a very relatable feeling that can easily go beyond the pitch. This allowed us to build on the character’s emotional arc, as we watch her facing and, eventually, overcoming her own demons. We focused on this build up to add more tension and turn up the epicness towards the end – after all, the whole film had to be a cinematographic experience. We also introduced plenty of easter eggs across the whole experience: from the posters on the walls to famous football plays, from Adidas talents to anime characters, the film is filled with surprises for keen eyes.

Our three main characters would evolve inside our story with only dialogues and a strong narrative to rely upon, as there was no additional voice over to guide us through the film. Alongside Sarah – our main character on a journey to overcome self doubt, there’s Moussa, the football buff who knows everything about their favourite team and Ruben, the youngest one, eager to get the chance to play and prove his worth. 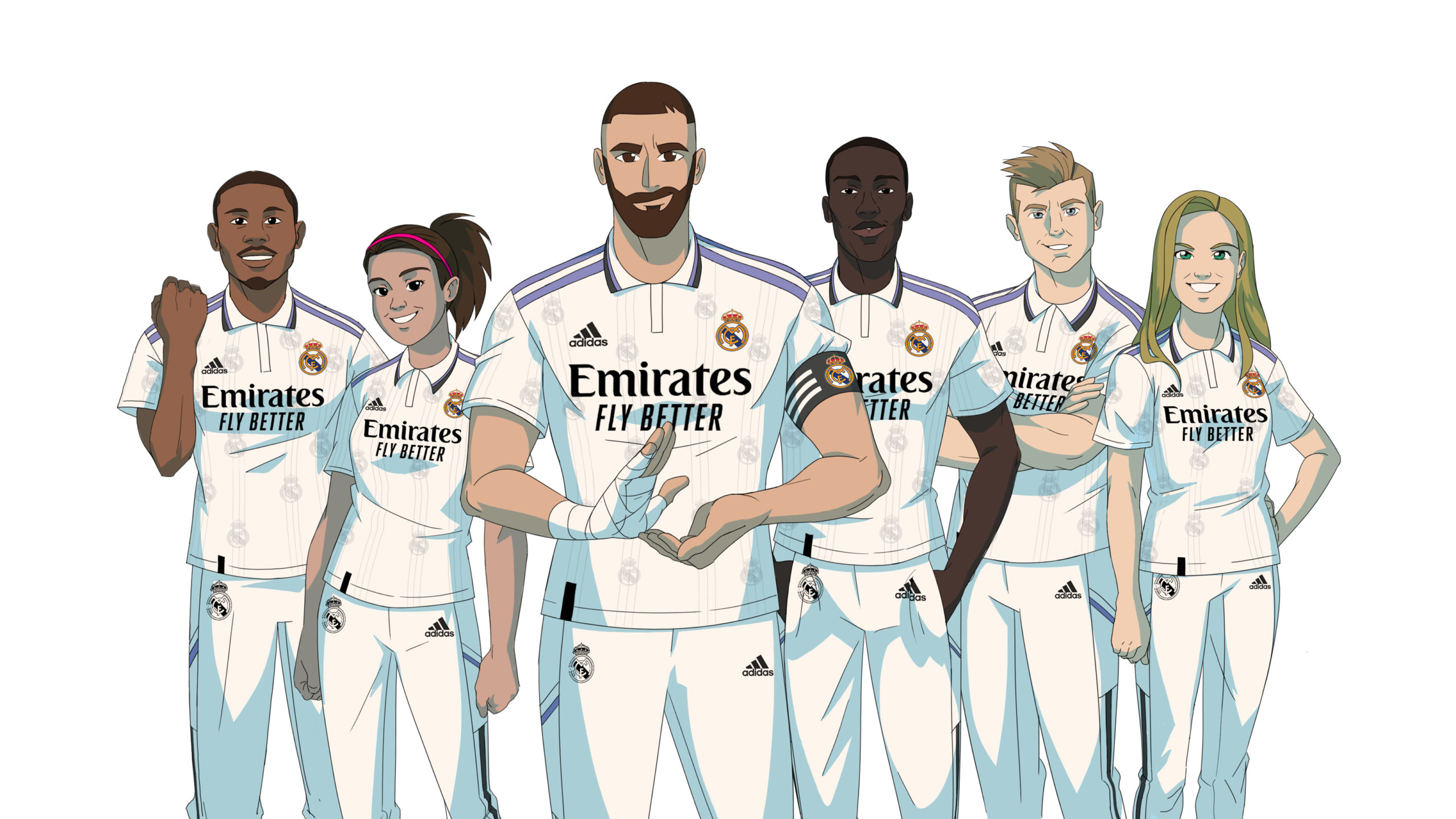 Karim Benzema is also an important presence in the film, but without overshadowing the 3 main characters. The idea was for him to play a key role, but in a subtle way: as Sarah’s hero, it’s his presence that eventually gives her the strength to overcome her fears and give her best on the field. Plus, his success story shares similar origins with our main characters, adding an extra level of connection and boost to his inspirational role.
We also had brand cameos sprinkled all across the short film, in a fun dialogue bridging the parallel universe match with the real life in Paris, as they are all well known to the French fans.

Style wise we followed the agency’s direction, designing an exciting mix of anime aesthetics and real life elements that would strike a chord with the public. We aimed to recreate a young supporter’s world, paying close attention to dialogues, clothing, their surroundings and their quirks in order to design characters and situations that could appeal to the team’s fans, while also supporting the brand’s needs.

This visual approach also allowed us to introduce and clearly represent real people in the story, like the football players and the brand influencers marking various moments in the film. It also goes to define the entire world we built in the film, from the Parisian suburbs to the magical Santiago Bernabeu Stadium. 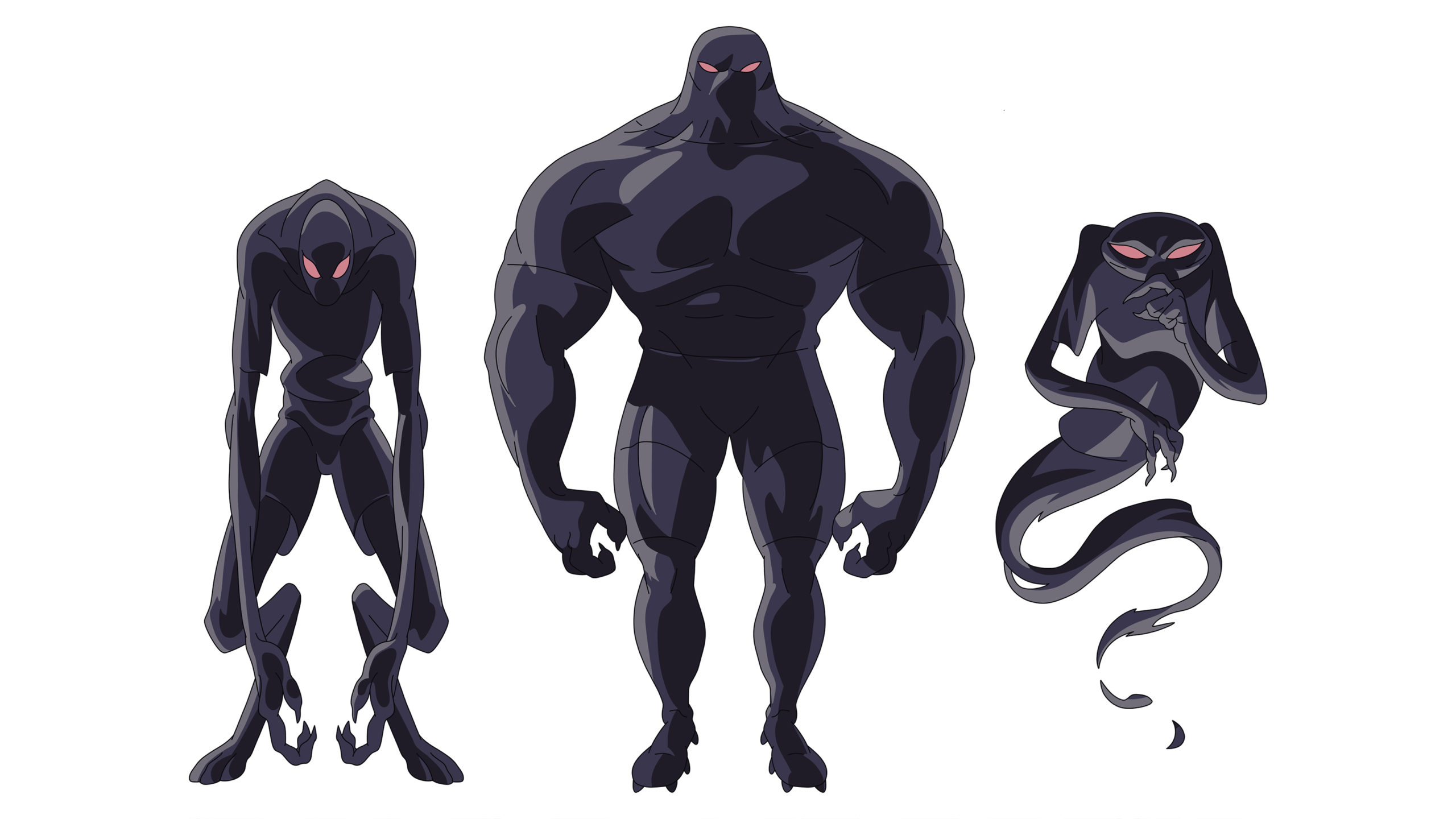 The anime style also fit the football action scenes to a T, allowing us to really enhance and exaggerate them, using the extreme dynamism typical of the Japanese style. We used mainly cel animation to match these aesthetics and animate the very complex actions across the film, focusing on quick transitions and epic movements to create an immersive universe.

The sound effects were also essential in supporting the different moments in the movie – they helped set the mood and enhance the storytelling needs, while also including some of the brand’s musical talents. With no voiceover to guide us, we relied much more on music and sound effects to create the perfect atmosphere and enhance each scene.

By successfully mixing all these elements, from the anime visuals to the epic narrative, from the short film cinematographic approach, to all the real life elements and the talents involved, we managed to create a unique campaign launch for the brand, while also telling a compelling story for the team’s supporters.

Storyboard and Animatic clean up 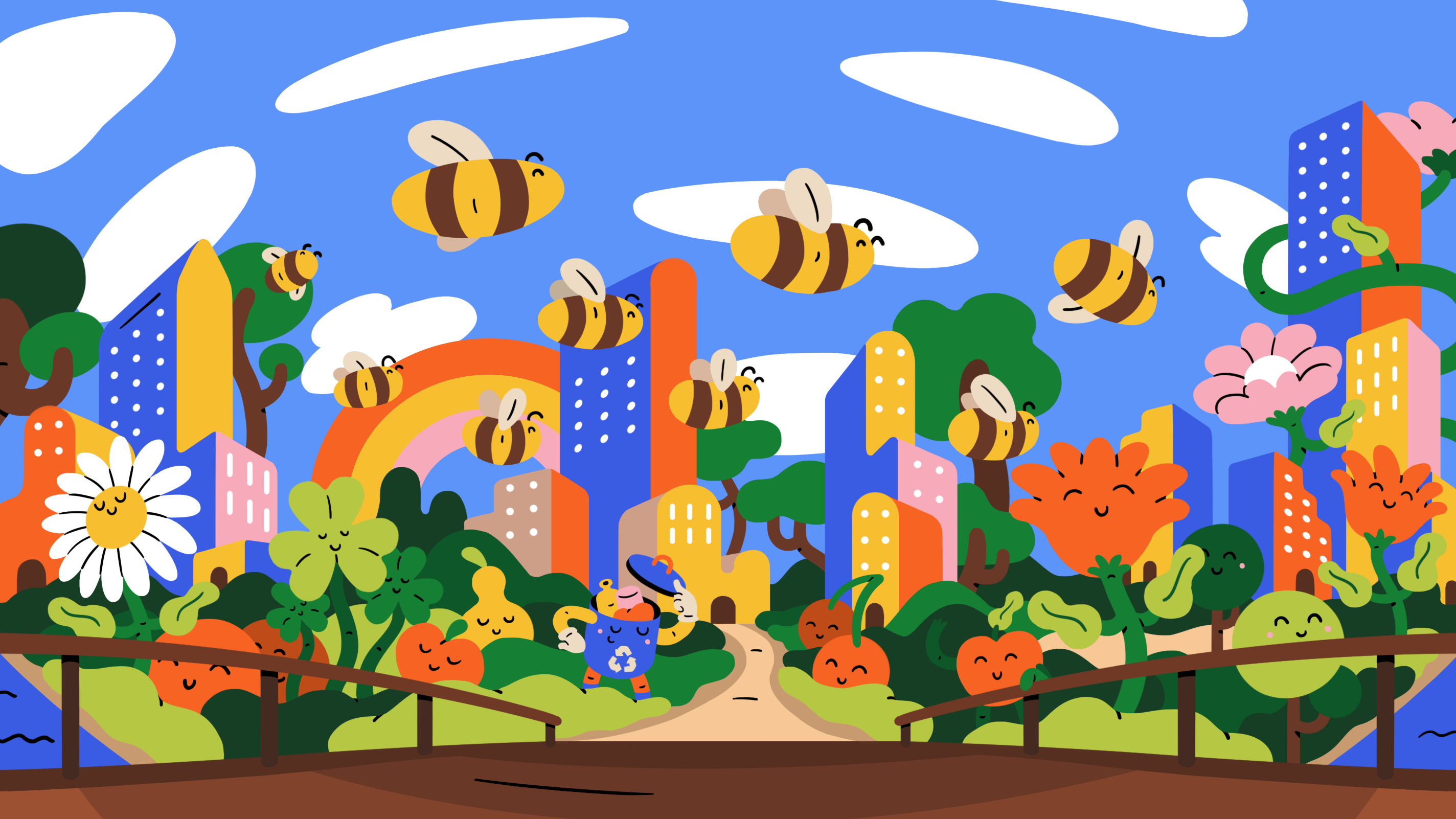