The Barcelona City Council reached out to us for a campaign promoting a new building rehabilitation programme to better equip the city’s buildings in the face of climate change.

We teamed up with Device and BOL illustrator Ales Div to create a concise, catchy 20 seconds production highlighting the need to renovate Barcelona’s buildings and create a more energy-efficient, comfortable, and healthy living environment. Brought to us by the Snoop Agency, the campaign focuses on the financial aid supported by the Barcelona City Council to facilitate this upgrade, helping with facade rehabilitation, painting, window insulation, and solar panels – all necessary measures to adapt to the effects of climate change. 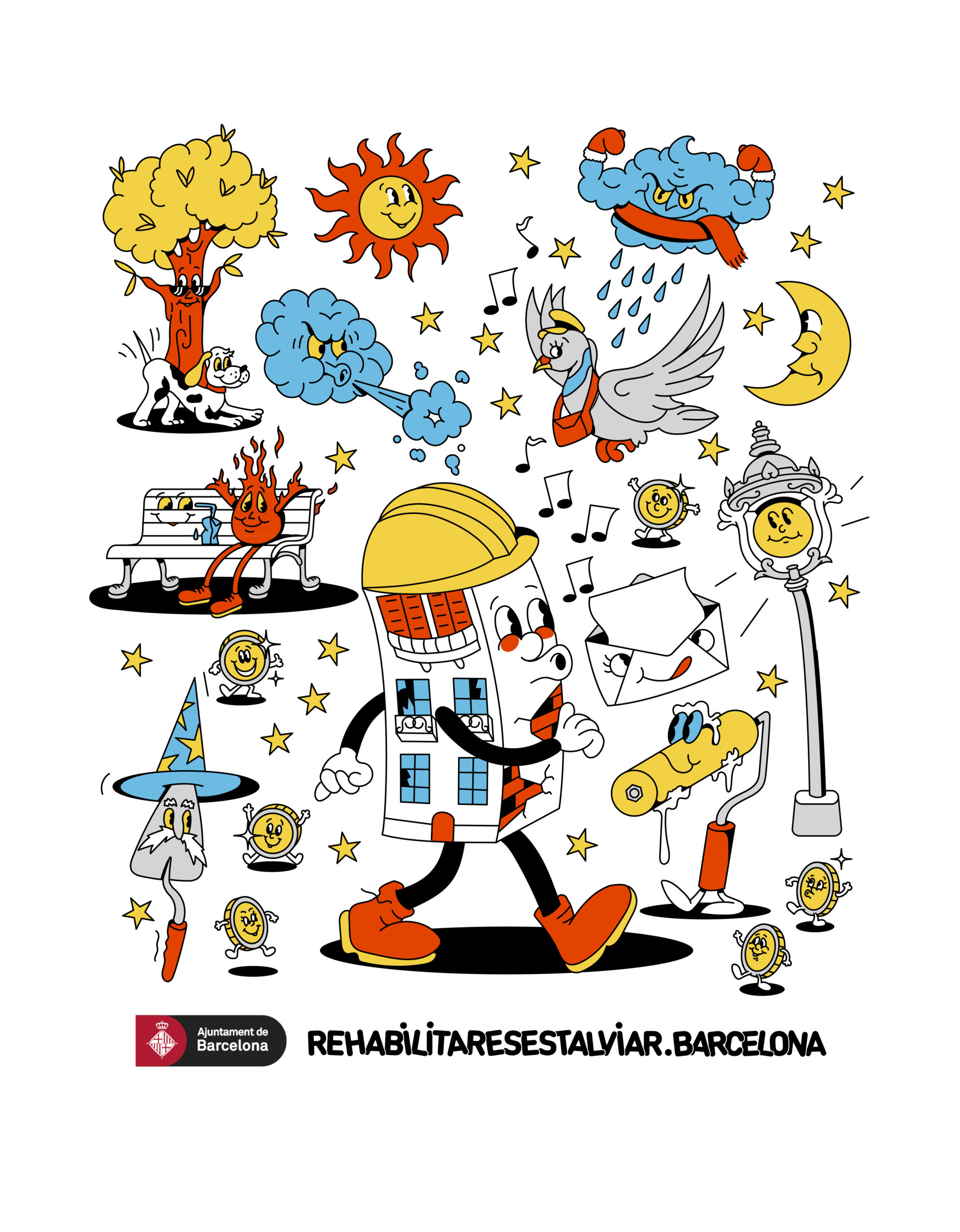 Our idea was to illustrate this transition and its many benefits by humanising a building and making it the main character of the story. We also created other atypical characters, with no human presence but plenty of anthropomorphic elements in the animation. We aimed to depict the city in a distinctive, recognisable way, without falling into cliches – that’s why we chose to reinterpret an Eixample neighbourhood building and add other typical Barcelona elements, like the bench and the lamp post.

We built the narrative on a before and after structure, dividing the story into three, quick parts, with a linear structure that shows the different states of the building, depending on the season.

We started by posing the problem, so we see the building before the rehabilitation, suffering in the winter cold, sick and malfunctioning because of the harsh weather. Then, come summer, the heat becomes unbearable, so we see the building struggling in scorching temperatures, all tired and sweaty, clearly in need of help. It is then that we introduce the solution, with a carrier pigeon (another typical presence in the Barcelona landscape) presenting the new City Council plan to tackle these issues – after this, we witness the improvements and a transformation to a shiny, happier version of the previously struggling building.

The examples we chose clearly reflect the consequences of climate change, and we can actually see a character turning from ice to fire in a flash. We aimed to show plenty of different situations in the available 20 seconds, so the production is quite fast paced, with quick transitions and clear changes, so that the viewer can keep up with the character’s mood at all times. In order to facilitate that, we took our inspiration from 50s style cardboard drawings, emphasising the characters’ actions, both in terms of acting and facial expression, to add plenty of rhythm, humour and fun to the visuals.

Style wise, we aimed to create a campaign that would resonate both with adults and young people. Also, in talking about the decay and rehabilitation of buildings, one gets the feeling that we’re going to fix or upgrade something that was done many years ago. That’s why we looked for many references in the traditional animation from the 1930s – think Fleischer Studios’ Talkartoons with characters like Bimbo or Betty Boop or shorts like the Silly Symphonies.

And that’s also why we wanted to pair up Device’s fluid animations with Ales’s distinctive style, bringing his creative touch to this campaign: his passion for illustrating houses and for vintage cartoons, alongside his experience in personifying various elements are just a few of the ingredients that constitute the magic around his illustrations. Additionally, Ales Div’s graphic style added a more urban, contemporary touch to the campaign, creating a bold, unique mix of retro inspired animations with a modern feel.

Our technical approach was to do the whole piece with traditional animation, just like old cartoons used to be made, so we have plenty of frontal shots, walking cycle loops and transitions.

The audio side was also a key element to the whole production: we worked with Facundo Capece to create a mix of 50s sounds with modern beats, playing with a change of tempos for a broader soundscape. We opted for a classical mood for the sound effects and used the audio to convey the character’s feelings throughout the animation, whether it was sad, happy or ecstatic.

In the end, all these elements, from the retro cartoon aesthetics to the narrative and bold sound design, came together to create a fun, contemporary piece that could strike the right chord with a broad audience. Plus, we were also proud to create a poster for the campaign, so our beloved character is now visible all across Barcelona to promote the City Council’s incentive. 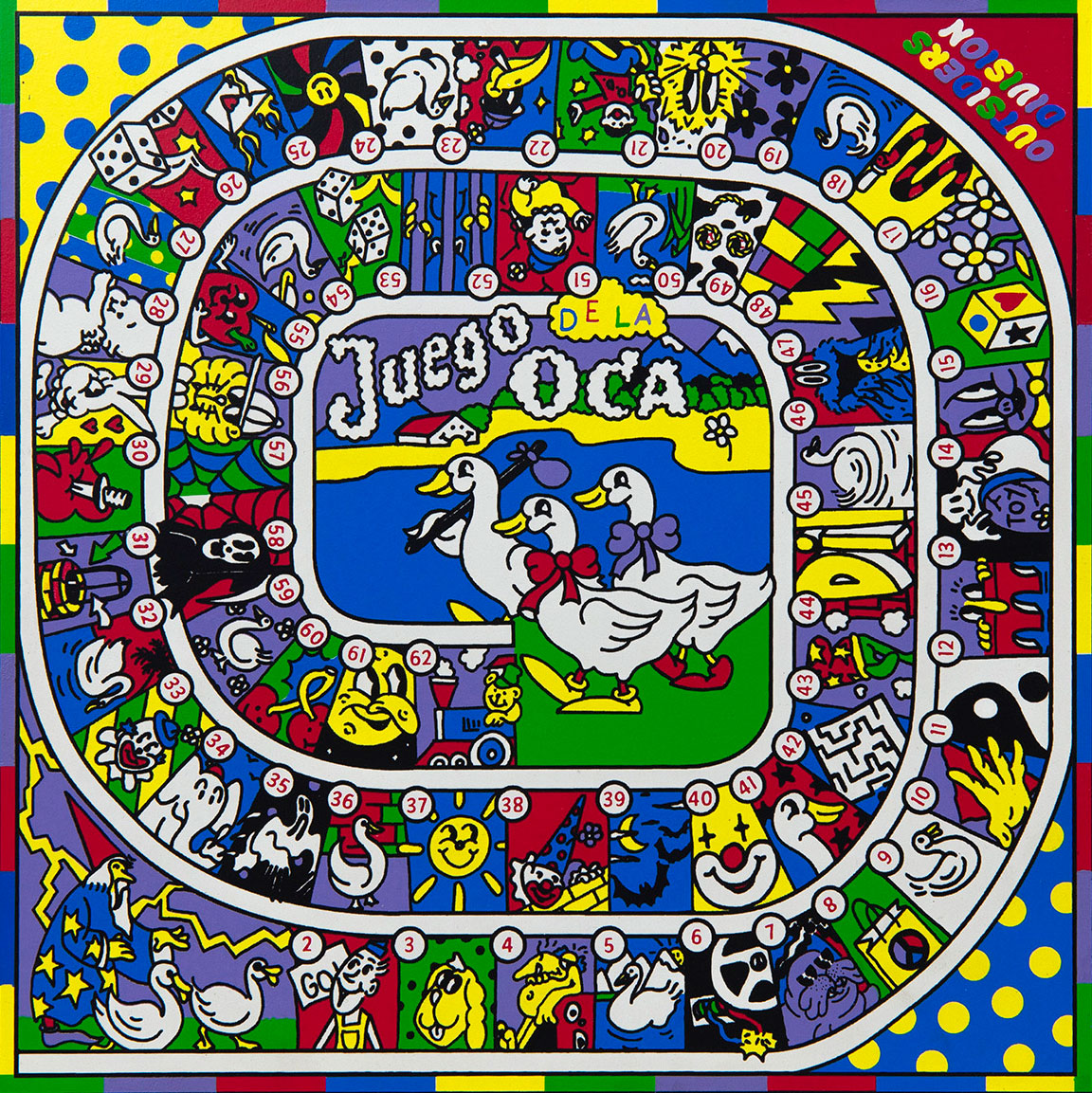